Montana's scenic Beartooth Byway ends at the gates of Yellowstone National Park. I enjoyed the drive thru the Lamar Valley watchings thousands of bison graze by the river, but making my way towards the heart of the park the traffic kept slowing growing. Yellowstone protects a large and important piece of the Rocky Mountain ecosystem and has unique geologic features, but honestly it's one of my least favorite parks owing to the insane crowds.

So I concocted a plan to avoid as many people as I could: camp outside the park (for free) in the National Forest and then get up at oh-dark-thirty to drive around the park and see the sights with sunrise. Worked like a charm!

I began my morning with a soak in the only legal place one can enjoy Yellowstone's hot springs, the Boiling River, named for where a hot spring empties into the Gardner River, creating a cloud of steam. But boiling it is not; the superheated spring water mixes with the river water to create ideal bathing temperatures. Best of all, no one else had the idea to hop in the water and watch the sun come up (but no pictures because it was dark). 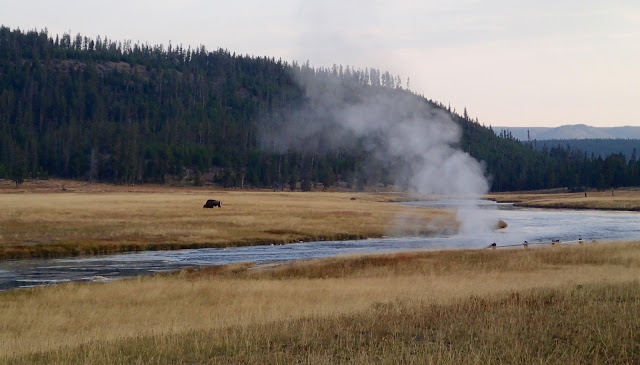 I dried off and hit the road to tour some of the other hot spring and geyser basins. I was out and about for three hours when, at about 0830, the tour buses started filling the parking lots. But I was already headed out of the park. Perfect timing!

On a whim I headed toward Cody, founded by Buffalo Bill himself. Naturally there is a terrific museum in his honor, with exhibits full of Wild West memorabilia, Rocky Mountain ecology, Plains Indians heritage, and the world's largest firearms collection under one roof!

Cody is also the self-proclaimed "Rodeo Capital of the World" and I caught the Nite Rodeo, offered every evening from the beginning of June to the end of August. A fun time was had by all, excepting the rodeo clown I saw get speared by a bull and flipped end over end. He walked it off.

From Cody I drove down to Lander, headquarters for the National Outdoor Leadership School (I graduated from there in May) to visit with former instructors and have a beer at one of my all time favorite watering holes. A special thanks to Logan, Zach, Robin, and Jeff for the chance to catch up and their hospitality. 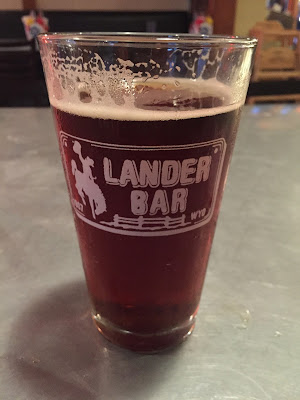 Leaving Lander I drove across South Pass, one of the lowest places to cross the Continental Divide and famous for it's role in the Oregon Trail. South Pass was discovered not by Lewis and Clark but by explorers headed to John Jacob Astor's northwest "fur trading colony" on the Columbia River (you may have heard of a town named Astoria). The trans-continental railroad made South Pass obsolete and it turned into a ghost town. The State of Wyoming has painstakingly restored the town, replete with period artifacts.

With all that time spent in civilization, I was overdue to get back on the trail! And I couldn't have picked a better objective - Fremont Peak and the Titcomb Basin in the Wind River mountain range. It was a long and dusty 16 miles hike in, avoiding horse turds from the pack trains of hunters and climbers, but the views at trail's end were some of the best I've ever seen. I climbed Fremont Peak, at 13,745ft Wyoming's third highest, and spent a beautiful but windy night camped under the stars in Titcomb Basin.

I'm in Jackson now, enjoying burgers, beer, and tacky tourist stuff while I plot some adventures in Grand Teton National Park and another trip back into the Wind River Range. Wyoming rocks!