Fueled with enough Tim Horton's caffeine to kill anyone under 120lbs and motivated to exfiltrate from enemy territory, I made the 500 mile drive from Ottawa to Michigan's Upper Peninsula in a single day.  I was welcomed in Sault Ste Marie like the prodigal American son that I am. Thanks to Dave the CBP guy, for being the first officer to not make me feel like a criminal for returning to my country of birth!

After a hearty breakfast scramble at Frank's Place, I stopped by the Soo Locks - one of the most heavily used lock systems in the world, with 18,000 annual transits. Lots of interesting Great Lakes maritime history in the visitor center and I was fortunate to witness the locking of upbound (meaning into Superior) "laker," the John G Munson. 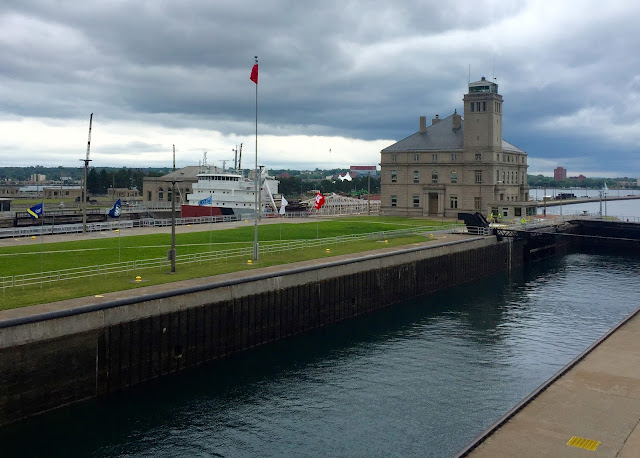 I then made my way toward Pictured Rocks National Seashore. I thought I was being clever and taking a shortcut, but apparently "Yoopers" have a different idea of road quality than pretty much everyone else. The below photo was labeled and signed as a "major road" but the only thing "major" about it was the depth of the ruts and the endless miles of washboard.

A little worse for the wear, I arrived in Munising, Michigan, in the heart of the Pictured Rocks sandstone formation. This hard-wearing rock is responsible for the creation of the lakeside cliffs and countless waterfalls. And it's laced with mineral deposits, particularly iron and copper, so that seeps and springs color the rock faces; hence the "pictured" rocks.

I hiked out to a number of interesting cliff formations, pretty waterfalls, and some beautiful beaches. 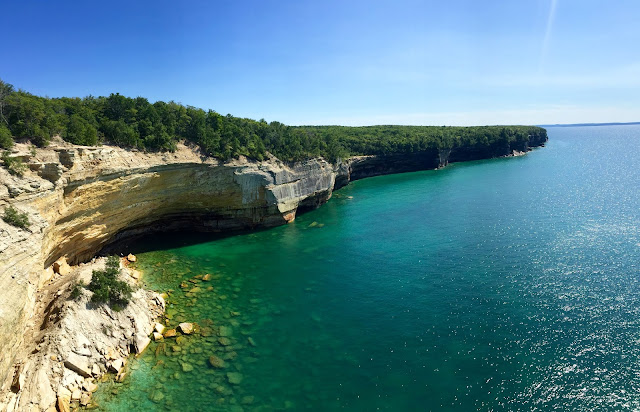 Lake Superior is aptly named. Such an impressive place. The sky was blue, the water was turquoise, kids were splashing in the waves, and gulls were wheeling and cackling in the sky. You'd forget for a minute you were over a thousand miles from the ocean; then you'd realize that you couldn't smell the salt on the freshening breeze.

The mariners that ply the lakes don't often make that mistake though. The Great Lakes are as treacherous as any waters in the world. The strong icy winds from the Canadian Arctic to the northwest of Superior have turned its southeastern shore into a graveyard of ship skeletons. The frigid freshwater has done wonders to preserve many in remarkably good shape. I took a tour of the coast in a glass bottom boat to see some of the wrecks. Eat your heart out Robert Ballard! 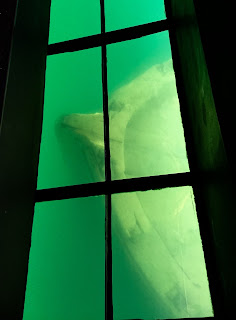 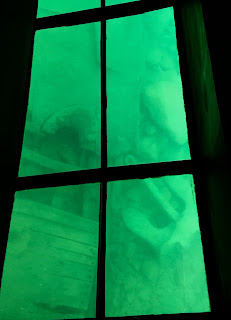 All of the ships I saw were carrying iron or copper ore from the Upper Peninsula's numerous mines to the Midwestern manufacturing cities of Detroit, Chicago, etc. before they met their demise. I saw a lot of it spilt on the lakebed. But to see where it came from I toured the Quincy Mine, part of the Keewenaw Copper Mining National Heritage Complex. The Quincy Mine is home to a number of significant engineering feats, including the largest steam hoist, the largest concrete slab ever poured, and the deepest mine shaft at the time - over 9,000ft! We were only able to tour down to the 7th level of the mine, everything below that was flooded since the pumps stopped working. The 7th level was a cool 43*F but they said that before the mine was abandoned the lowest level was 100*F. Too close to liquid hot magma if you ask me!


All that mining makes for hungry miners. The mining experts from the 1800s were Cornish immigrants from the UK. They brought technical know-how for operations deep underground and in the kitchen; a lasting legacy in the UP of potpie type meals called "pasties." I had mine at Roy's in Houghton, served by Roy himself from a secret family recipe.


I don't have to go far for my next adventure, tomorrow the Isle Royale ferry leaves from Houghton, MI just a few blocks away from Roy's.
Posted by Matt Kearns at 12:44 PM