I didn't think Texas had any real mountains at all, but right there across the border from Carlsbad Caverns was Guadalupe Mountains National Park, dominated by Guadalupe Peak at almost 9000 ft. I probably should have climbed Guadalupe Peak like everyone else in the park and thus been able to say I've reached the highest place in Texas, but instead I took a solitary, low key backpacking trip up along McKitrick Ridge to explore more of the backcountry. Again I found myself surprised (which I shouldn't by now) of the drastically increased forest cover as one climbs in elevation. There was a nice oak and maple forest at 8000 ft, populated by tree species found no where else for hundreds of miles around. Migrating birds visited McKitrick Canyon for the perennial water source and pooped out the seeds along the way. Cool. 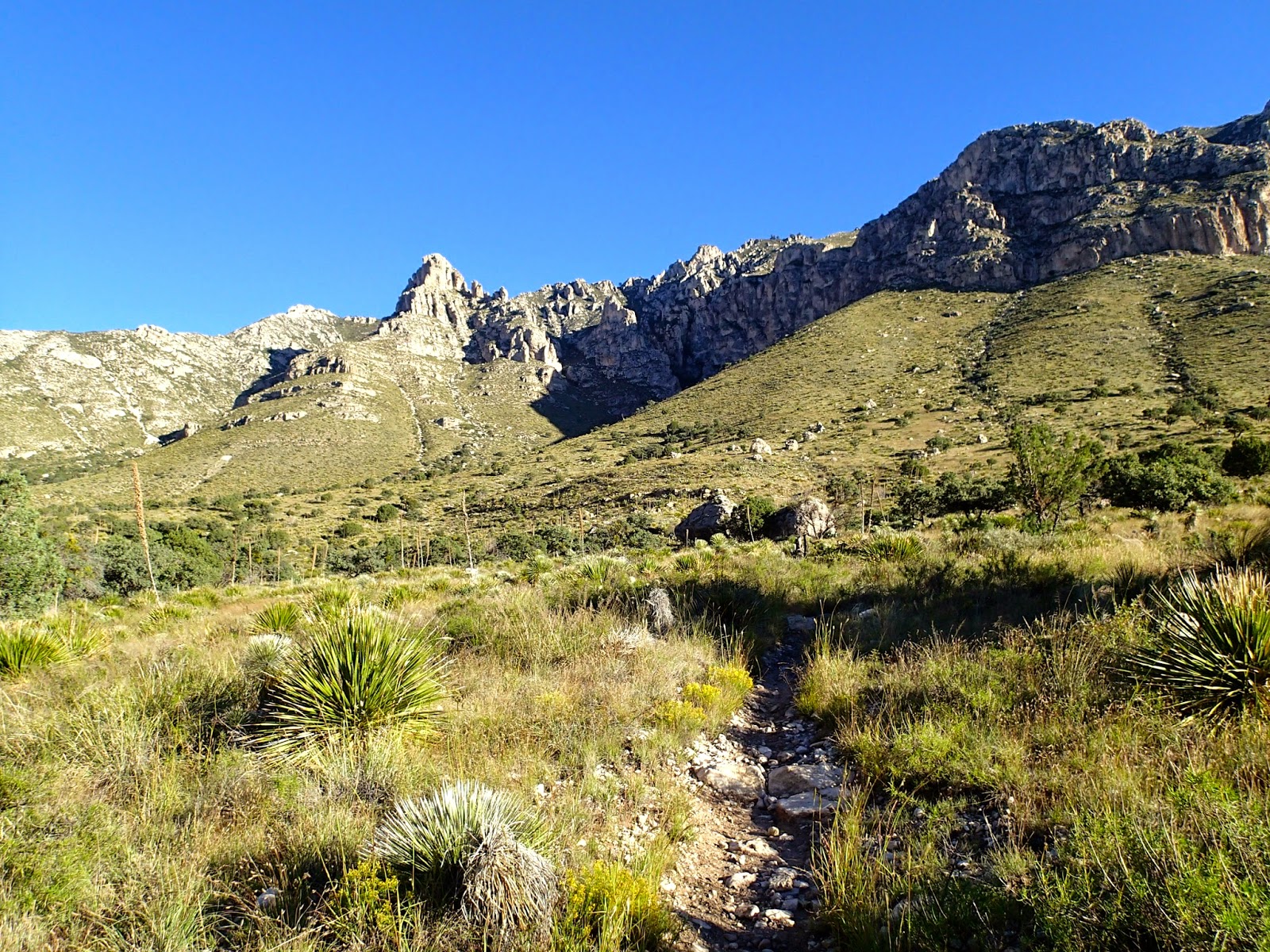 South of the Guadalupe Mountains lies Big Bend National Park, a place I've wanted to see for quite some time. I even ended up staying an extra unplanned night so I could fit everything in. I started my Big Bend experience by taking advantage of their "primitive roadside camping" policy. There are a number of dirt roads you can drive along and just pull off and camp. Which is similar to what you can do in any National Forest or on BLM land, but its pretty rare to be able to so in a National Park. Of course you do need a permit to do so, and the pullouts are designated on the map (it still is NPS after all). But it's cheaper than their developed campgrounds. #winning #quitmy80Kjob #onabudget

My second day in Big Bend I backpacked the famous South Rim loop. The South Rim of the Chisos Mountain Basin drops 2000 ft down sheer cliffs teeming with peregrine falcons to the desert floor and the Rio Grande River below. The best backpacking campsites are perched along the rim - great views but also great amounts of wind. Luckily my bivy sack has a low profile and no loose fabric. A flapping tent is one of the few things that can actually keep me up - to me it's the mountain man equivalent of nails on a chalkboard.

Day three found me finishing the South Rim Loop with a detour up Emory Peak, the highest in Big Bend. There is a radio tower on the summit that detracts a little from the wilderness experience, but the side hike finishes with a very fun 40ft rock scramble to the top. I met a nice couple from Austin: they gave me numerous recommendations for my planned stop and in return I helped show them the easiest route back down. Apparently not everyone thought the scrambling was as fun as I did.

On my final day in Big Bend I got an early morning start to climb Casa Grande. There's no trail, nor did I have any real information on the peak, but it looms impressively over the Chisos Basin Campground and I thought I'd give it a shot. Many of my mountain climbing adventures have begun that way - I see a peak that looks appealing on another hike or climb and decide to go for it later on. Well, I did not feel very welcome at "The Big House." The mesas got too steep for me to comfortable climb without a rope and I lost count after getting stabbed in the leg half a dozen times by prickly pear cactus as I crossed the trail less desert terrain. Bleeding from the big thick cactus spines and itching from those tiny hairlike ones that are hard to see and remove, I returned to my truck. Luna Peak was still worse though...

With the rest of the day at hand I made the scenic drive out the Ross Maxwell Road to see more of the park. I hiked along the Santa Elena Canyon of the Rio Grande. Try as I might, I couldn't get any of the ten American rocks I threw to commit an illegal border crossing into Mexico. It's a big river.

Big Bend was my last big wilderness adventure of the road trip. After Big Bend my plans mostly included urban adventures with some day trips thrown in. First of the cities to see was San Antonio and the infamous Alamo.

The Alamo is TINY and appears even smaller in its urban setting surrounded by skyscrapers. However, during the tour you learn that only the chapel building - what everyone thinks of when they think "Alamo" - of the historic mission is still standing. The original mission was a large walled complex with additional buildings and barracks to house first the monks, then the heroes of Texas liberty. The battle for the Alamo was pretty much "300" with cowboy hats and Bowie knives. Brave men all. 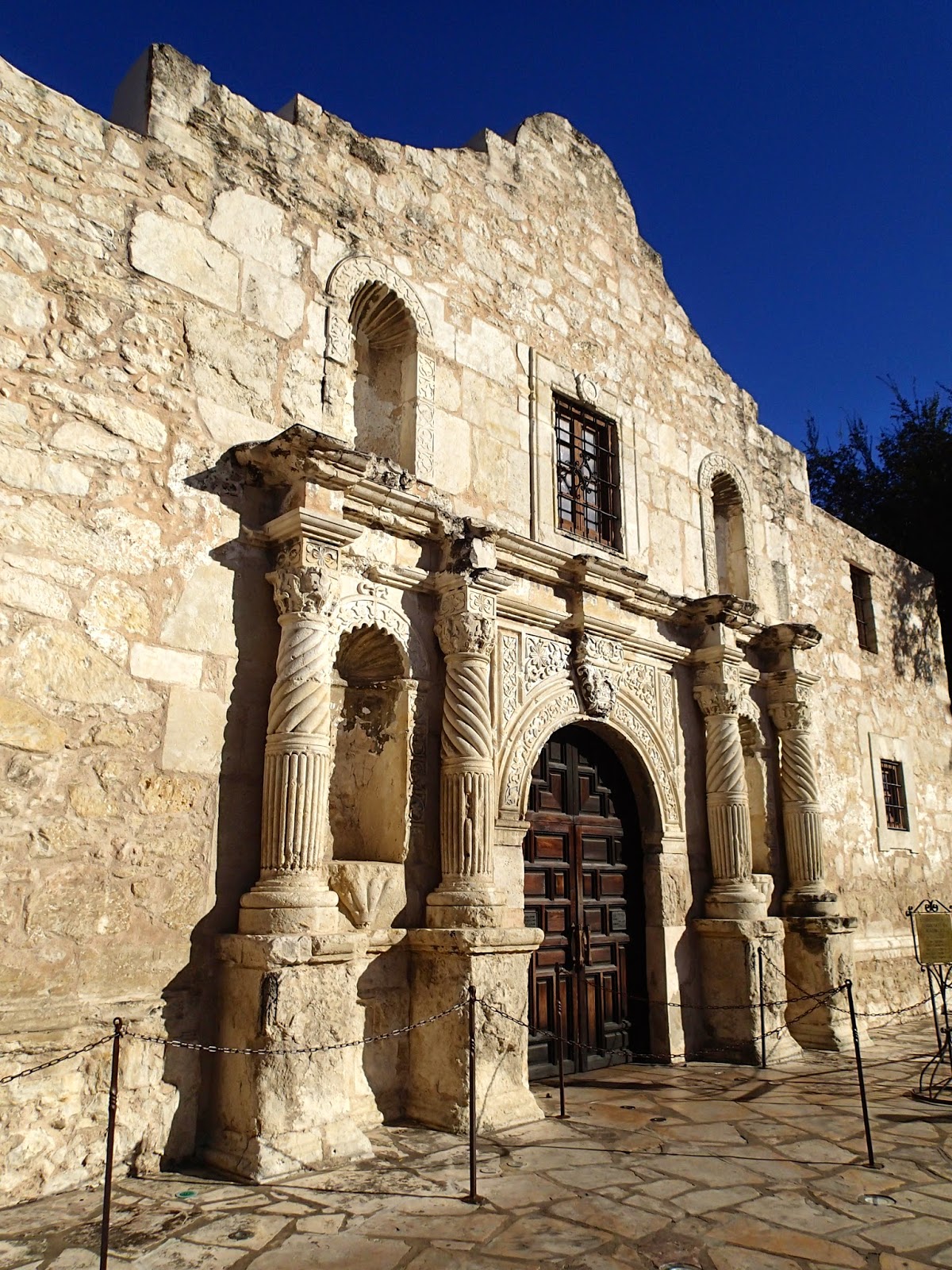 San Antonio is also home to a number of less famous, but better preserved Spanish missions, protected in a National Park currently in the running for UNESCO World Heritage Site recognition. My favorite was Mission San Jose. I was the first person to visit for the day and enjoyed the peace and quiet of the mission in the early morning hours. Until a bus showed up about 15 minutes later. For dinner I went down to the San Antonio Riverwalk, a very forward thinking public works project of the Depression Era. The San Antonio River kept flooding the town; when they decided to put in dams and levees upstream they also decided to landscape and develop the new river course thru town. Today the Riverwalk is like an American Venice-  home to a quaint waterway lined with cafes and restaurants, crossed by pedestrian bridges, and traveled by small motor barges filled with tourists. I enjoyed fresh guacamole (prepared tableside) and a prickly pear margarita (it was purple). I much prefer my prickly pear in my stomach instead of in my leg. 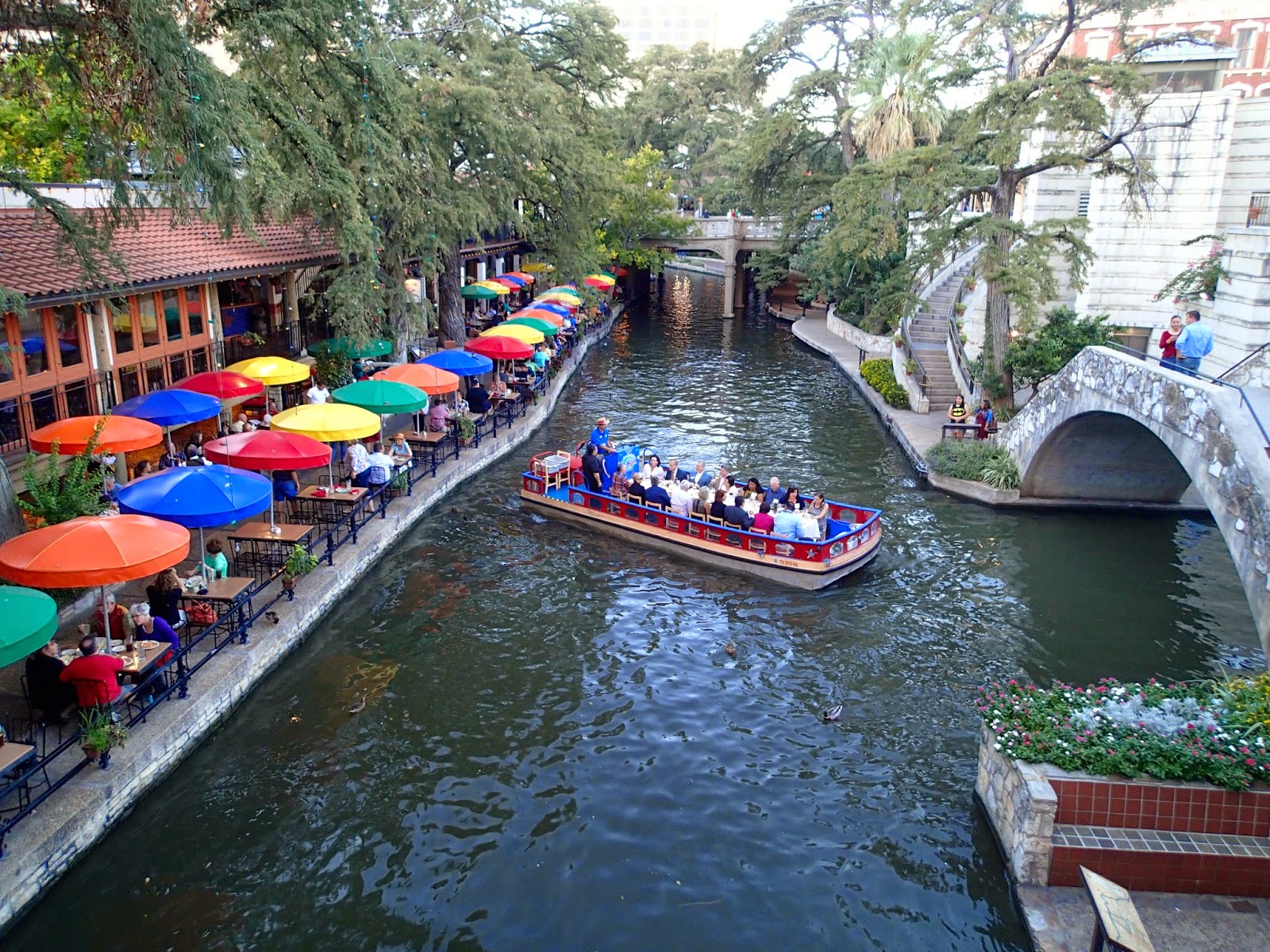 Austin was up next. Armed with the recommendations from the top of Emory Peak I set off to explore the city. The Capitol building is pretty, but I didn't like the color. It's supposed to be a nice red granite, but in the light I had that evening it looked poop-brown. I tried Texas chili. Meh. I'll probably catch some flak from any Texas friends (hi Andi!) but I prefer beans in my chili. I did enjoy my brisket from the Iron Works BBQ. And when there are signed pictures of the wall of President Obama, President Bush, Neil Patrick Harris, and the 7 foot tall guy who played Chewbacca, you know you are in the right place! I also saw the Whiskey Sisters, a local country band, at one of the great Austin live music venues.

My last day in Texas was spent in the Houston area. I am a total space dork and filled my day with activities at the Johnson Space Center for the entire 7 hours they were open from 10-5. The pictures below will illustrate the awesomeness that is the JSC.


That evening I continued east to Galveston and spent the night on the Gulf Coast. I enjoyed reflecting on the road trip thus far, realizing that I have gone from the rivers of the Arctic Circle to the mountains of the Northwest to the forests of California to the canyons of Utah and across the desert of Texas to see my third ocean in five months! On to NOLA!

** UPDATE: the Apollo moon rover wasn't really recovered. That's a training one used on Earth. It was an attempt at a super space dork joke that nobody got but me. They had to leave a lot of gear on the moon to make room for the moon rocks they brought back. I don't want to be blamed for misinformation
Posted by Matt Kearns at 3:21 PM