Leaving the Grand Canyon, I made a quick stop at Petrified Forest National Park. Cool, but rock solid wood can only captivate for so long. The big bummer came when I realized that camping was not allowed in Petrified Forest NP - they lock the roads down at night to keep wood thieves away. So my foray into New Mexico happened a day earlier than planned - there were no camping options until Gallup.

But what an option it turned out to be! The USA RV Park was just about the most patriotic place I've ever been. The proprietor, John, was super helpful and friendly, even more so when he found out I was a vet. John kept the RV Park spotless, I probably could have ran my toothbrush around the toilet bowl and used it with no ill effect. Anyways, USA RV Park in Gallup - if you are in the area, check it out. Active Duty Military stays for free if any of y'all have a cross country PCS in the future. 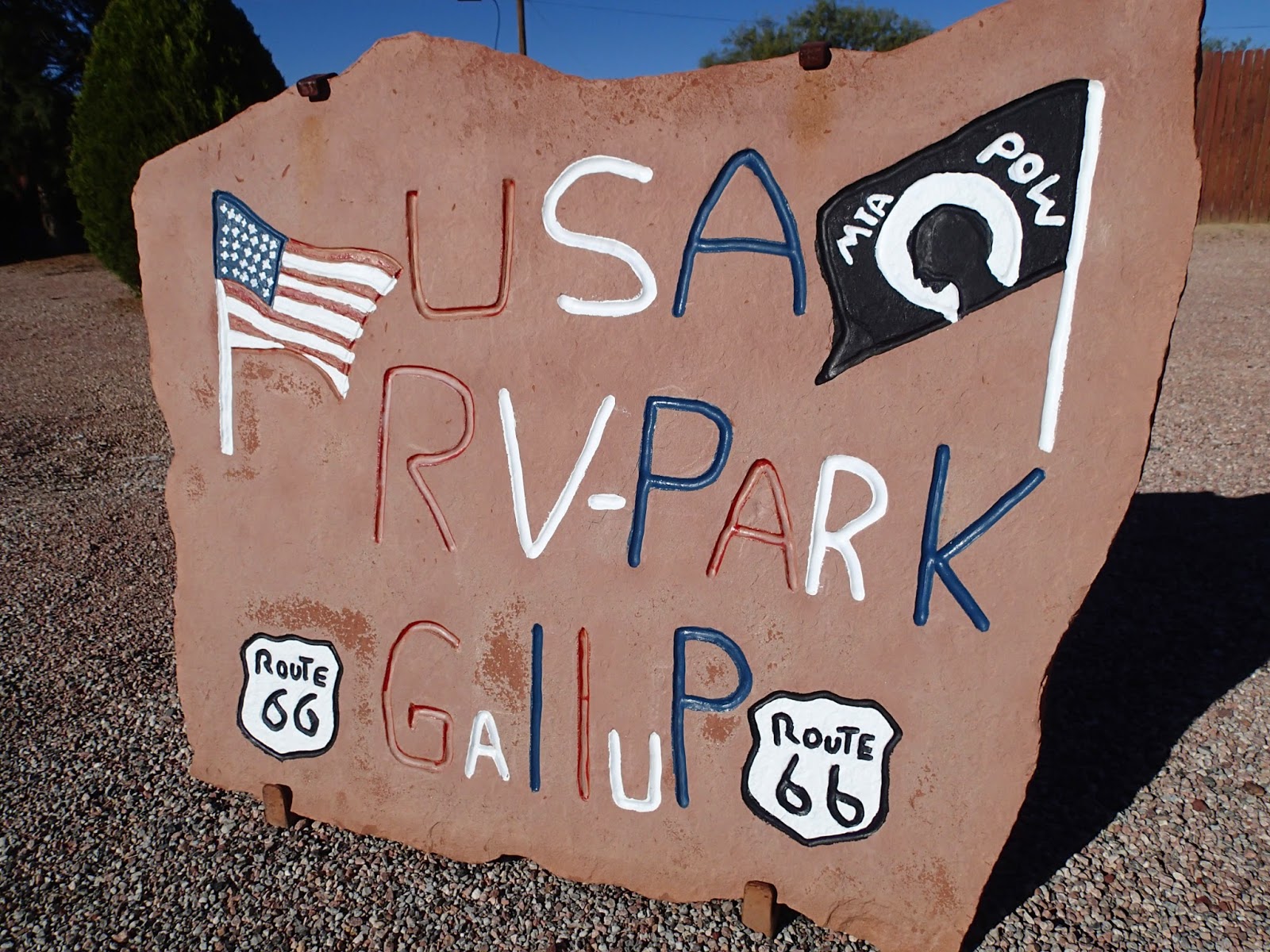 In the morning, on John's recommendation, I had breakfast at the El Rancho Hotel, my first big stop in my quest for Historic Route 66 authenticity. El Rancho has served the likes of Humphrey Bogart, Audrey Hepburn, and Ronald Regan (before he was President). They've been serving up their "Bunkhouse Special" - 2 hotcakes, 1 egg, meat, biscuit, and coffee - since 1937. 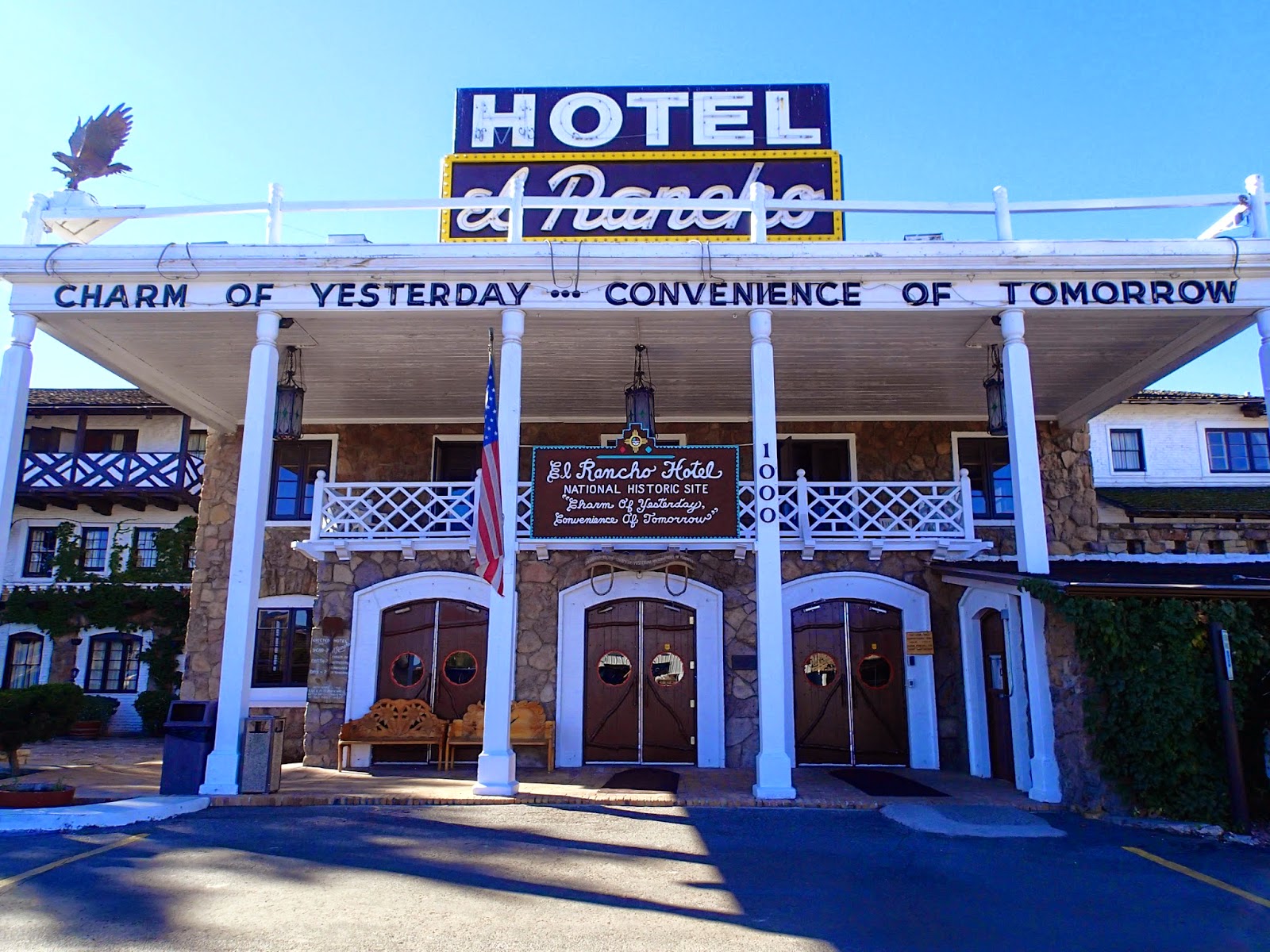 Interstate 40 has supplanted Historic Route 66. Except that I-40 bypasses all the towns in the name of saving 3.2 minutes of your precious time, and therefore only along the main streets of the nearby towns can you really drive on the old Route 66. For a complete history of this phenomenon, please watch the movie "Cars."

Albuquerque's "Central Avenue" is still in the style of old 66. 18 miles of diners, neon, motels, and tacky signs. I particularly liked the Frontier Restaurant's burritos and the 66 Diner's "pileup." Come to think of it, I really enjoyed all the food in New Mexico, especially the tendency to cover everything from eggs to burgers to burritos to pizza to ice cream (not kidding - http://www.hatch-green-chile.com/hatch-green-chile-recipes/hatch-green-chile-ice-cream/) in delicious green chili sauce. I even took to making my PB&Js with tortillas, the better to appear like a local.

I purposely timed my arrival in Albuquerque to coincide with the International Balloon Fiesta. And what a spectacle that was. Despite my 0400 reveille, I missed the "mass ascension" of 500+ balloons in the morning when it was cancelled due to high winds. But I made up for my disappointment later that evening when I returned for a "balloon glow." They keep the balloons tethered to the ground, but the fill them up and use their giant propane torches like hundreds of oversized candles in the night. It's really beautiful. 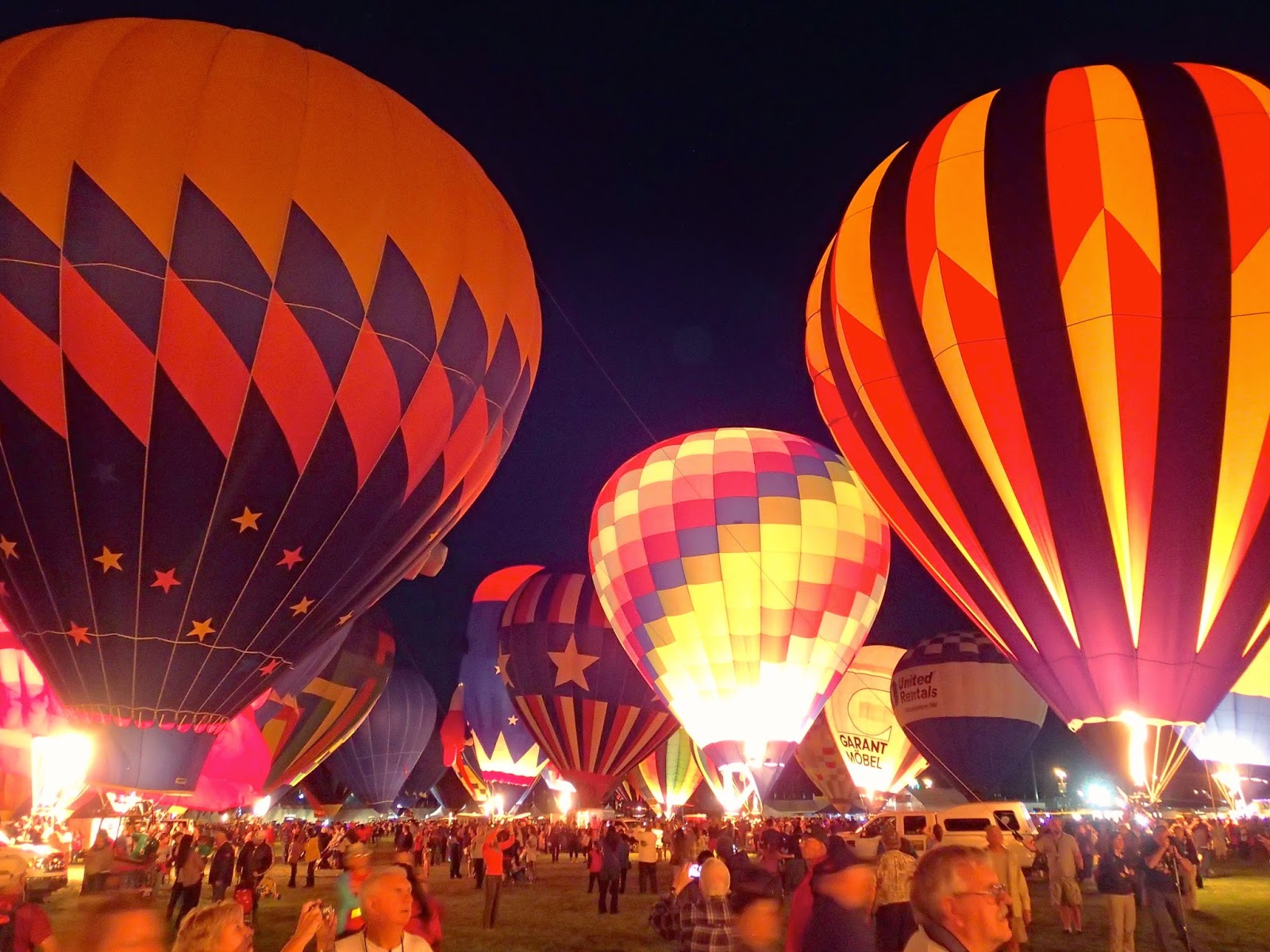 Just outside of Albuquerque, and totally unexpected, I came across Petroglyph National Monument. This little gem is quite literally in the suburbs of town (don't come here for the solitude!) but preserves over 800 images on the rock. I figure myself to be pretty knowledgable on our National Park System, yet I was blown away by the fact that Petroglyph National Monument even existed, especially when contrasted with the quantity and the quality of the glyphs. Some of my favorites below: 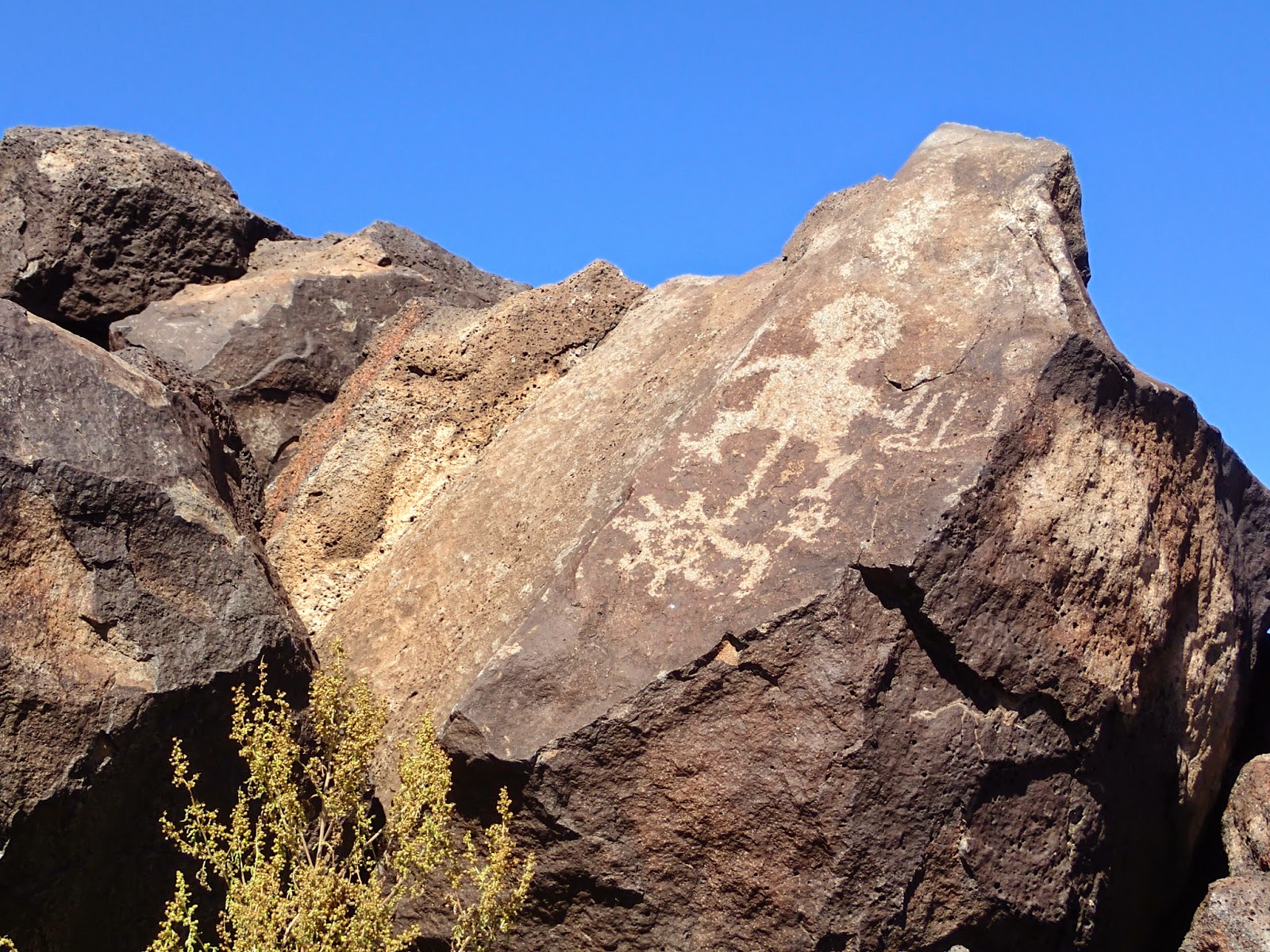 Heading south out of Albuquerque I stopped in Roswell. The town is much bigger than I thought it was going to be. And the UFO museum was much lamer than I thought it was going to be. The International UFO Museum is big on conspiracy and government coverups but light on hard facts and evidence. Sensational newspaper articles and signed "witness testimony" make up all of the exhibits. Some of the arguments for the UFOs are compelling, but c'mon, give me a piece of a spaceship or an alien skull recovered from the desert and preserved in formaldehyde or something! Is that too much to ask? 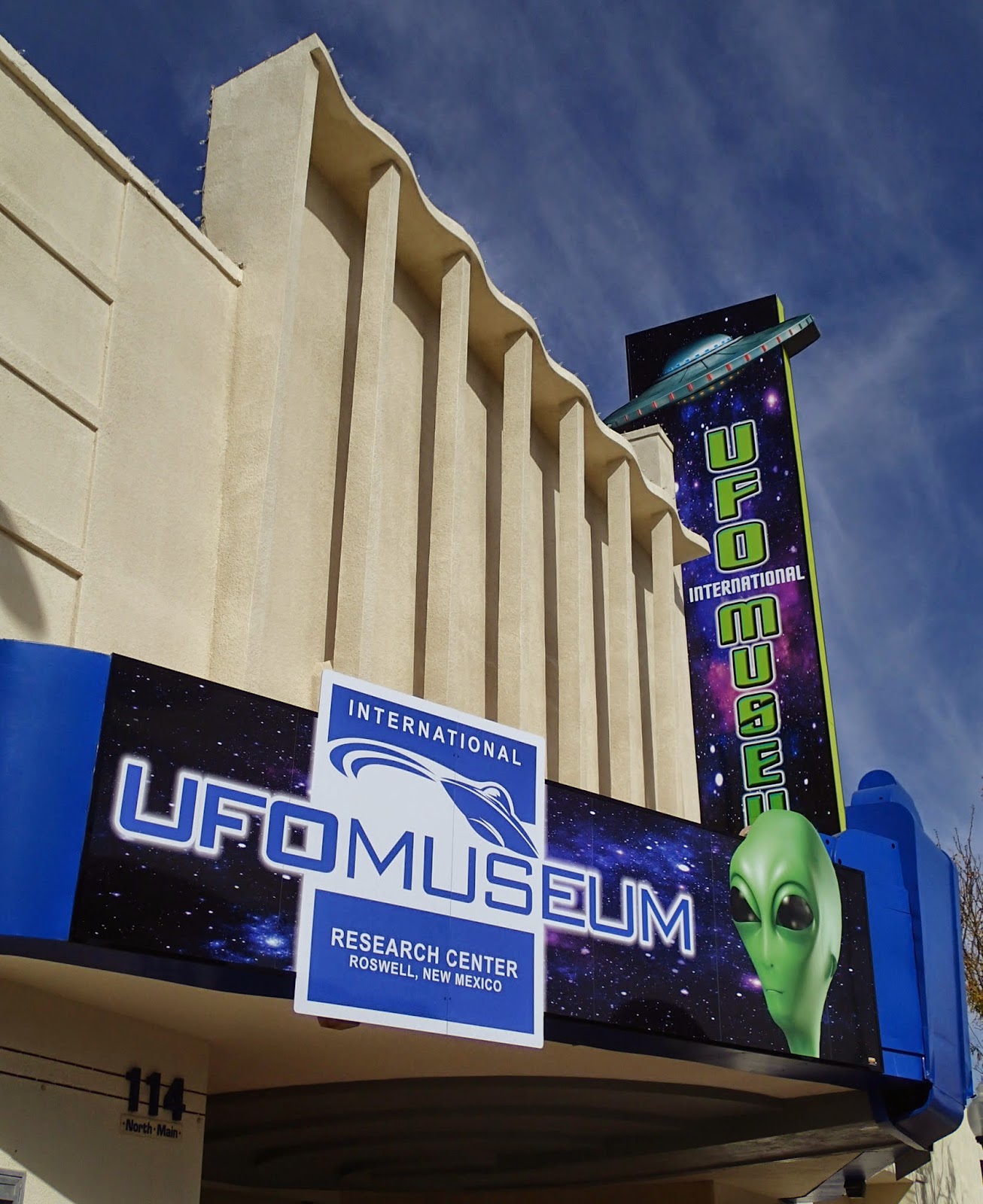 However, in the interest of fairness, I would like to point out that I had my own UFO encounter shortly after leaving Roswell. So maybe there is something to be said for all that...

Carlsbad Caverns was my final stop in New Mexico. The caverns were awesome, preserving some of the largest limestone features in the western hemisphere. Most impressive were the bats. Each night 400,000 bats fly out of the cave entrance. NPS doesn't permit any cameras or electronic devices during the flights (they would disturb the bats) so I don't have any photos, but it was a memorable experience nonetheless. The bats came out just after sunset, spiraling upwards in a helix and then making their way across the desert to the south, backlit by a full moon. Just as cool, I woke up early the following morning to catch the last bats return to the cave for the day. They would tuck their wings and dive-bomb into the cave at 30mph, making little whizzing sounds as they did so. And in the morning I had the place to myself, as opposed to the nightly show which attracts a hundred people or so.

I lucked out and was able to tag along on an "adventure tour" of the cave, taking the place of someone who had dropped out they day before. It was fun to do some real spelunking; I've not gotten the chance to do any since Boy Scouts. We had to pass obstacles such as "The Pinch" and "Castration Rock." I'm happy to report that I didn't get stuck and I brought back everything I started with. 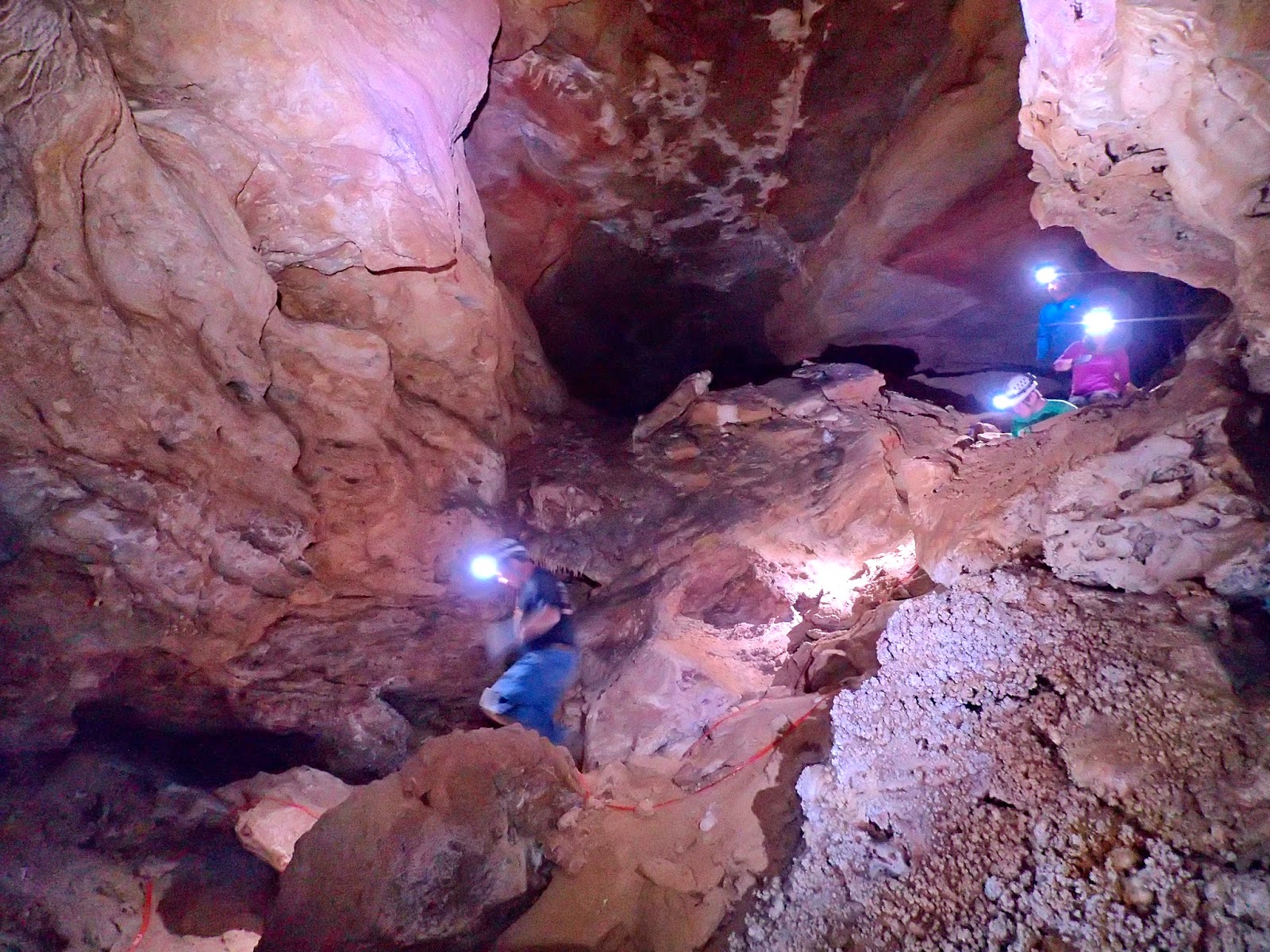 *All the names of the cave features I made up myself. I have no idea what they are called.
Posted by Matt Kearns at 2:58 PM